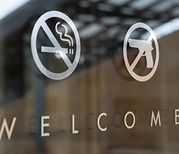 MEANING:
noun: Something that serves as incriminating evidence, especially of a crime.
ETYMOLOGY:
From the idea that someone holding a recently fired gun that still has the smoke coming out of the barrel would make for incontrovertible evidence that they were the one who shot the victim. Earliest documented use: 1970s.
USAGE:
“John Sauven, an executive director at Greenpeace UK, said: ‘The link between climate change and extreme weather used to be a fingerprint, it now looks more like a smoking gun.’”
Damian Carrington; Climate Change Made UK Heatwave 30 Times More Likely -- Met Office; The Guardian (London, UK); Dec 6, 2018.

See more usage examples of smoking gun in Vocabulary.com’s dictionary.
A THOUGHT FOR TODAY:
One must be very naive or dishonest to imagine that men choose their beliefs independently of their situation. -Claude Levi-Strauss, anthropologist (28 Nov 1908-2009)