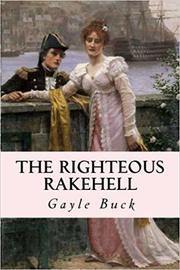 The Righteous Rakehell
For some reason, the word rakehell occurs often in romance titles. Is it due to the belief that women are attracted to bad boys?

MEANING:
noun: A licentious or immoral person.
ETYMOLOGY:
By folk etymology from Middle English rakel (rash, hasty). Earliest documented use: 1547.
USAGE:
“The titular character, John Wilmot, 2nd Earl of Rochester, was a notorious rakehell as well as being a classically influenced, but principally obscene poet and playwright. He was repeatedly exiled from the court of Charles II for everything from abducting his future wife to vandalising a sundial, and died at the age of 33 from alcoholism and venereal disease.”
Ian Shuttleworth; Thoroughly Unlikeable, Highly Enjoyable; Financial Times (London, UK); Sep 29, 2016.

See more usage examples of rakehell in Vocabulary.com’s dictionary.
A THOUGHT FOR TODAY:
It is good to rub and polish your mind against that of others. -Michel de Montaigne, essayist (28 Feb 1533-1592)