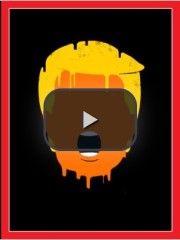 MEANING:
adjective: Exhibiting an uncontrolled or overly emotional state, volatility, attention-seeking behavior, etc.
noun: An overly emotional or unstable person.
ETYMOLOGY:
Via Latin from Greek hystera (uterus), from the former belief that disturbances in the uterus resulted in such behavior. Earliest documented use: 1652.
USAGE:
“And they say, you know what, he is hysteric. He is the nut.”
General Wesley Clark Says Petraeus Is Right Man for Afghanistan; Analyst Wire; Jun 25, 2010.

See more usage examples of hysteric in Vocabulary.com’s dictionary.
A THOUGHT FOR TODAY:
Those who believe without reason cannot be convinced by reason. -James Randi, magician and skeptic (b. 7 Aug 1928)